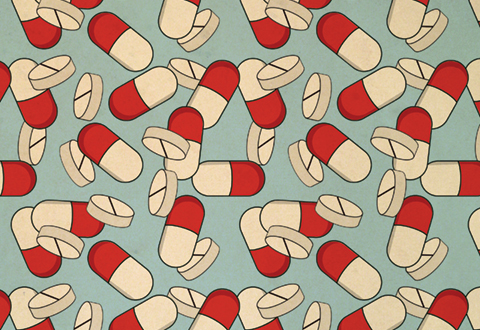 Are the DAAs an actual cure for hep C?

For starters, the DAAs are a cure. Interferon/ribavirin had a patchy track-record of helping people attain a “sustained viral response” (or SVR); which is the medical assessment for cure. Many people who previously tried interferon/ribavirin discovered, despite going through the lengthy treatment, they could still be living with hepatitis C by the end of it.

However, the hepatitis C Direct Acting Antivirals have changed that.

The new drugs work differently. Instead of trying to force the body’s immune system to kill the virus (which is how interferon/ribavirin was used), the DAAs stop the hepatitis C virus from reproducing within liver cells. This works in over 95% of cases.

Following an SVR test, twelve weeks after the end of their DAA treatment, the vast majority of people will hear the great news that they have been cured of hepatitis C.

What are the side effects of the new Hep C treatment?

One of the greatest turn offs with interferon/ribavirin was that people often experienced a range of debilitating side-effects during the treatment. It was rare for anyone to make it through the regimen without some nausea, or tiredness, or even their hair falling out. For many, the treatment was dubbed “worse than the disease”. While some people were willing to go through interferon/ribavirin, many elected not to – unless advancing liver disease, caused by their hep C, forced them to give it a go.

By comparison, hepatitis C DAA treatment is now – for over 95% of people – completely, or almost completely, without side-effects.

Unfortunately, the reputation of interferon/ribavirin remains forefront in the memory of many people, and can present a mental barrier preventing them from looking at treatment. It is hoped that positive word about peoples’ experiences with the new DAAs will lead to increasingly more people taking up hep C treatment and cure.

It’s worth mentioning at this point that liver biopsies, an unpleasant medical procedure once part of hep C treatment, is no longer used either. In almost all instances, a device known as a fibroscan – similar to an ultrascan – is now used to assess the liver for any fibrosis or cirrhosis prior to treatment. It’s painless and non-invasive. Bonus!

How long is hep C treatment?

The treatment period for the DAAs is very short compared to the interferon/ribavirin regimen. People who previously went through the old treatment were usually looking at a marathon nine or more months. With Direct Acting Anti-viral treatments, it is usually between eight to twelve weeks, depending on which medication has been prescribed. In certain cases however, where a person might have liver damage such as cirrhosis, the treatment could be longer.

Hepatitis C treatment with interferon/ribavirin used to be available only through liver clinics; and required direct consultations with liver specialists known as hepatologists or gastroenterologists. In many cases, waiting lists and/or travel distances to clinics reduced accessibility for many people.
With hepatitis C DAA treatment, general practitioners (GPs) are now, in most cases, able to prescribe the medication and assist a person through their treatment. While some GPs choose not to treat, increasingly more are getting with the program and people have more options available to them. Even better still, prescriptions can be collected from many community pharmacies, albeit with a one or two day waiting period while they order the medicine in.

How much does hep C treatment cost?

Thanks to DAAs being listed on the Australian Prescription Benefits Scheme (PBS) – that is, subsidised by the Commonwealth Government – these ground-breaking medications are available to any adult in Australia with a Medicare number. Currently the cost is less than $40 per prescription, and with most treatments requiring only two or three prescriptions that puts cure in reach of most people. For anyone with a Health Care Card it’s even cheaper, just over $6 per prescription. There may, of course, be additional costs associated with treatment – such as doctor’s fees, charges for blood tests or Fibroscans, and so forth; for people with limited means this could be a significant hurdle although many community and government agencies can assist.

DAAs are pangenotypic and treat all hep C genotypes

A “genotype” is a variation within the hepatitis C virus, and there are several common variants: genotype 1, genotype 2, and so on. Depending on a person’s genotype, the interferon/ribavirin treatment, was not suitable for everyone. That has changed with the Direct Acting Anti-virals.
While DAAs were initially only effective on certain genotypes during their first year of availability in Australia, newer DAA versions are “pangenotypic” – able to be used with all genotypes of the virus. This is great news for everyone, regardless of their genotype.

In cases where a person has no pre-existing liver disease, it means they do not have to wait until they get sick before they get treated and cured. Given hepatitis C often has few, or no, symptoms for many years – even with some liver damage present – it is fantastic that people can get in front of the virus and deal with it before any health issues develop.

There’s never been a better time to cure hep C

So, yes, hepatitis C can be cured. In fact, for all the reasons mentioned above – and more – there has never been a better time to get cured of hep C.

Want to know more about hep C and accessing treatment? Make an appointment with your doctor today or contact the free Hepatitis Infoline for more information.

Your ticket for the: Can hepatitis C be cured?