Hep C elimination in NSW by 2028 – what’s the treatment landscape looking like? 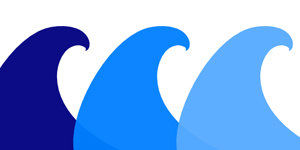 In a detailed analysis, Hepatitis NSW CEO Stuart Loveday describes the hep C treatment landscape and argues the really hard work to achieve HCV elimination in NSW by 2028 is only just beginning.

The new all-oral, DAA treatments for people with hep C were listed on the Pharmaceutical Benefits Scheme (PBS) on 1 March 2016. Between 2014 and June 2017, 47,700 people with chronic HCV, or 21%, were estimated to receive DAA treatment through all means, including PBS-listed treatments, clinical trials, special access schemes and through generic DAAs importation.

Taking into account the number of people who have been cured of their hep C, as well as allowing for new HCV transmissions, the Kirby Institute estimates that at the end of 2016, there were 199,412 people in Australia living with chronic hep C. For the first time for very many years, we’re below the 200,000-people-living-with-hep C-in-Australia mark.

This progress bodes well for achieving HCV elimination. But what does elimination mean, and what must be done to achieve it?
Elimination of an infectious disease is not complete eradication. Instead, there are three essential features or targets, as agreed by the World Health Organisation (WHO), that are needed to achieve the definition of ‘elimination’. This has also been described as elimination of hepatitis C ‘as a public health concern”.

The NSW Ministry of Health and its Local Health Districts have adopted 2028 as the year in which HCV elimination will be achieved. The Australian Government Health Department is likely to set and the WHO has already set 2030 as the year by which hepatitis C will be eliminated.

Clinicians concur that the first wave of the DAA treatment is well and truly over. Some of the characteristics of that FIRST WAVE included:

There are differing views about the terminology used to describe the remaining people with hep C needing treatment and cure, for elimination to be achieved. In effect there are just two waves: the first wave already passed, and everyone else who requires treatment is in the next “wave”.

But Hepatitis NSW uses the THREE WAVES description simply to describe, for education, planning and advocacy purposes, the populations of people with hep C requiring treatment and cure and the treatment settings where they have already accessed, are currently accessing and will need to access HCV DAA treatments if hepatitis C is to be eliminated in NSW by 2028. We make clear that these SECOND and THIRD waves are happening simultaneously. 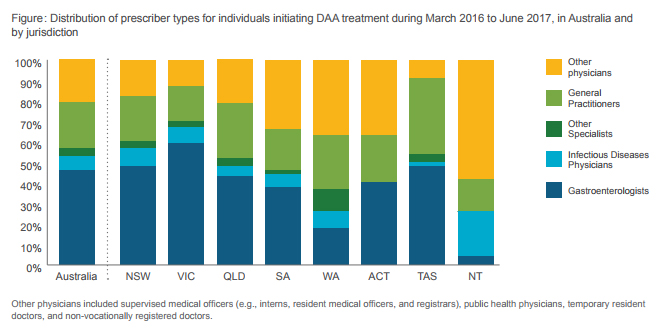 The THIRD WAVE of hep C DAA treatments is already underway and comprises everyone else with hepatitis C.

It is gratifying to see the investment and approaches taken by the partners addressing the hep C epidemic in NSW. The NSW Ministry of Health, the Local Health Districts and JH&FMHN, GP education providers, NGOs such as Hepatitis NSW and NUAA and NADA and homelessness and mental health services and residential rehabs, people who inject drugs and those people with hep C who contracted hep C from injecting in years past or who have never injected – all work together to inform, raise awareness, educate and mobilise people with hep C into treatment and cure.

I heard again, just the other day, a clinician say “well, now that we have the new treatments, the hep C epidemic is over. We can all shut up shop.”

I argued that the really hard work to achieve HCV elimination is just starting. To get the 80% of people with hep C into treatment and cure, 80% reduction in new HCV transmissions and a 65% reduction in HCV related deaths we need to do much more than we are currently doing. We need more than the excellent awareness campaigns that have begun to roll out in NSW; more than the great GP education underway is achieving, more than the current welcome KPIs across government health services are set to achieve.

And new HCV transmissions are still occurring – perhaps some 6,000 to 10,000 across Australia each year, with 90% or more of those among people who inject drugs. Primary transmission prevention efforts are still essential to maintain and expand.

We must educate, recruit, enthuse, engage, build capacity, build awareness, reduce discrimination and mobilise. Not just with people living with hep C, but especially with GPs, their networks, and government and non-government health services. We have treated 20% of people with hep C so far. Numbers of people accessing treatment now are stable, but at much lower numbers than we achieved in the FIRST WAVE.

We have just ten years to achieve those three elimination targets. 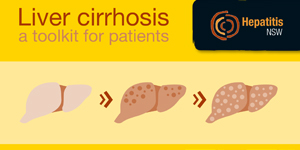 Diagnosis of cirrhosis can be scary, and Hepatitis NSW has published a new booklet that helps clinical staff support their patients. The aim is to help people better understand what is happening so that they can make the best decisions for treatment and health.

The idea was suggested to us by liver clinic staff and the booklet was developed with the involvement of various clinicians and, most importantly, by people affected by liver cirrhosis/transplant.

We have a brand new website – please come and visit! 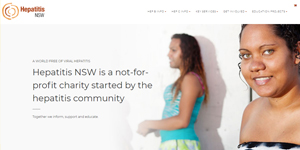 Our website – hep.org.au – has recently been relaunched with not just a new look but also new and/or revised content. These renovations provide four benefits for site visitors:

Here are examples of pages targeted for patients and community:

And examples of pages targeted for health professionals:

Creating an account or logging in are no longer required and ordering free supplies of patient information resources is fast and easy.

Your ticket for the: The Champion Professional: Issue 57