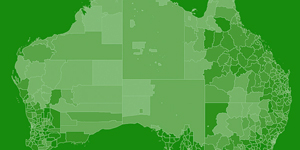 Two important reports, mapping the disparities in Australia’s progress towards the elimination of viral hepatitis, were released in March by ASHM, The Doherty Institute and VIDRL:

You can read the full press release here.

The reports can be used to assess how much progress Australia has made towards the targets of both national hep B and hep C strategies. In both reports, the breakdowns provided are based on two sets of boundaries:

As we rely more on GPs to be involved in the care of people with hep B and/or hep C, this different method of reporting health data variables is unique and useful. Those variables include:

Here is an overview of New South Wales’ progress according to the hep C report.

We still have an important role in prevention
The notification rate for HCV had been stable in Australia since 2011-2015, but in 2016 it shot up by 12%. This is likely due to the availability of new treatments (and increased testing being done for people coming forward for treatment and cure). This said, the proportion of people in Australia with chronic hepatitis C who have been diagnosed is estimated to be 81%. This is below the WHO target set for 90% of people to be diagnosed (by 2030).

While a jump in notifications like this is not linked to new HCV transmissions, clearly, new transmissions continue to occur, and NSW must keep a strong focus on hep C transmission prevention. This occurs through the suite of harm reduction services already in place, including NSPs, peer and non-peer education, Fincol and education in prison settings and health promotion services.

Whatever is happening in the PHNs of North Coast NSW, Northern Sydney, Central and Eastern Sydney, South Eastern NSW and Hunter New England and Central Coast is working. These areas have the highest numbers of people taking up treatment in NSW PHNs in the period March 2016 to Feb 2017. They are above the national average.

The following regions show up in the report as having high prevalence (1% or higher) and low treatment uptake (15% or lower):

These areas must be considered carefully and we should look to support strategies that improve access to information, education and treatment. GP mobilisation and training and community awareness and mobilisation will be the drivers of that.

We must get on with the work
Our vision of a world free of viral hepatitis is getting a little closer but there has never been a greater need for an organisation that can mobilise the affected communities.

The next 3-5 years of work for Hepatitis NSW are going to be vital and we have a responsibility to continue our mission which is to “work to improve the health and well-being of affected people and communities, and to prevent the transmission of viral hepatitis”.

Partnerships with key stakeholders, including the Primary Health Networks in NSW, Local Health Districts, other NGOs and the Ministry of Health will be paramount in achieving HCV elimination in our state in the target year 2028 – 10 years from now. 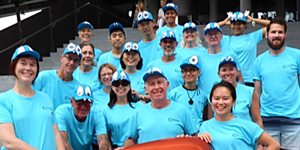 It was a cold and rainy day, but the weather did not dampen the spirits of the 25 Hepatitis NSW staff members and volunteers who took part in the Darling Harbour Chinese New Year Dragon Boat Festival.

Aiming to promote hepatitis B awareness in a fun and friendly way at Lunar New Year, Hepatitis NSW raced under the team name Heppy Dragons at Darling Harbour. The team’s bright blue shirts and dragon hats attracted the attention of spectators at the festival, with many complimenting the team on their memorable style.

The team competed against other charity teams, including Cancer Council NSW, Chinese Parents Association – Children with Disabilities, and Lupus Troopers. Each 200m race was completed in around one minute, with paddlers huffing and puffing by the end. The Heppy Dragons tried their best to fight till the end, but sadly, luck was not on their side that day. Despite coming last, the team ended the day with cheerful smiles on their faces.

Hepatitis B is especially prevalent in Chinese communities. 6-8% of Chinese people are living with hepatitis B, yet many are not aware of their status. In the Year of the Dog, we wish good health to all our community members, and encourage everyone to get a free hep B test. 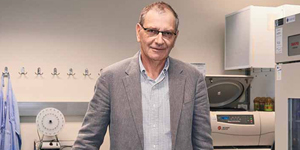 It is with great sadness that Hepatitis NSW mourns the passing of Professor David Cooper on Sunday 18 March. David died in St Vincent’s Hospital after a short illness. His family was with him.

As Director of the Kirby Institute at UNSW, Professor Cooper’s contributions to communities affected by HIV and other infectious diseases around the world and in Australia were extraordinary.

Our thoughts are with David’s family, work colleagues and friends at this exceptionally difficult time. 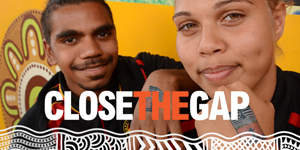 Thursday 15th March was National Close The Gap Day with the theme Let’s Walk the Talk, encouraging organisations and individuals to take action to reduce the gap between Aboriginal and non-indigenous Australians’ life expectancy and support indigenous health equality.

Hepatitis NSW hosted a workshop to build partnership activities that will help Close the Gap on the impacts of blood-borne viruses on Aboriginal people. Representatives and Aboriginal staff from ACON, NUAA, Positive Life, SWOP, HALC and Hepatitis NSW agreed to meet regularly to plan and collaborate, so that we more effectively deliver our services for and with Aboriginal communities.

We also made plans for regular networking amongst Aboriginal staff to support one another’s work, share ideas and exchange information.

Your ticket for the: The Champion Professional: Issue 59