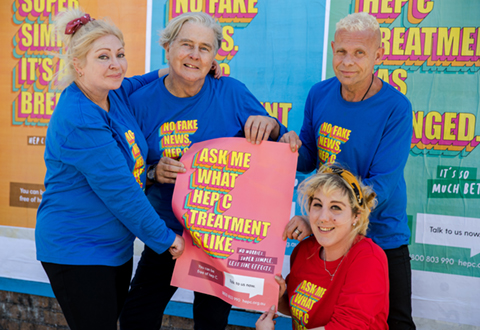 With the groundbreaking hep C treatment, we are closer to our goals

Steven Drew, Hepatitis NSW CEO, said, “Thanks to those groundbreaking medications, elimination of hepatitis C has become an achievable goal, in line with Australian and NSW Government commitments. We are within reach of achieving elimination of hep C by 2030.”

Mr Drew continued, “However, elimination will require the ongoing combined efforts of government, the health sector, and community to be fully realised.”

So far, an estimated 30,200 people in New South Wales have started treatment for, and been cured of, hepatitis C since 2016. This represents a saving to the NSW Health Care System of over $93.6m.

The hep C DAA medications, which have a cure rate of 95 per cent, can be prescribed by medical specialists, general practitioners, and nurse practitioners. Cure is achieved within 8 or 12 weeks, with minimal or no side-effects. It is important that people are tested and treated; while hepatitis C initially has almost no symptoms, if left untreated it can ultimately result in significant liver disease and possibly death.

The new hep C treatments have been improved

Susan Hawkeswood lived with hepatitis C for over twenty years before being diagnosed with the virus in the early 2010s. “Interferon was the only treatment available then, it was not very effective and had many unpleasant, often debilitating, side-effects and I chose not to use it.”

“Fortunately, the new direct acting antivirals came along before my liver was damaged by the virus. I had no side effects from the DAA treatment and was cured in just three months,” said Susan. “While living with hepatitis C I often felt exhausted, but with cure my energy has returned.”

It is essential to continue promoting these groundbreaking cures

Mr Drew said, “While these many successes are a great achievement for our community, there are still tens of thousands across the state that are yet to seek treatment and cure, and treatment uptake is now declining.”

“It is essential to reinvigorate promotion of these ground-breaking cures to a broad audience, and to ensure that all people in New South Wales can live their best life, free from hepatitis C,” said Mr Drew. “With that in mind, it is very concerning that new legislation being considered and supported by both the NSW Government and Opposition could significantly undermine those efforts.”

Your ticket for the: Media Release: Great achievements after five years of hepatitis C elimination – but more work needed