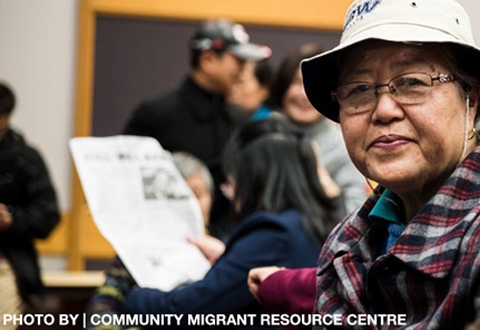 Hepatitis NSW has launched a dedicated hepatitis B website for Chinese and Korean communities – hepB.org.au. This new site has been developed to support and inform people from these populations, in New South Wales, who are impacted by hepatitis B. The website will support efforts to eliminate hepatitis B in Australia. Current data shows targets are not being met; achievement of hepatitis B elimination targets is unlikely before 2040 which is ten years later than the agreed target.

Why hepatitis B elimination is important

Hepatitis NSW CEO, Mr Steven Drew, said “Chronic hepatitis B is the most prevalent blood‐borne virus in Australia, and is a significant contributor to liver disease, including cancer.”

Approximately one percent of the Australian population lives with the virus; people born overseas, and Aboriginal and Torres Strait Islander peoples, represent three-quarters of those affected.

Educating migrants has become a priority

An increase in migration of people from endemic populations has seen a rise in the number of individuals living with hepatitis B in Australia. This is despite infant hepatitis B vaccination programs here, and overseas, reducing overall transmission of the virus.

“As such”, said Mr Drew, “the prevalence of hepatitis B within new and existing adult migrants will remain an issue. Targeted efforts and campaigns are required for some time yet. Within New South Wales, and in pockets of Sydney specifically, Korean and Chinese communities bear the bulk of this burden.”

Even though Australia has committed to several national hepatitis B targets – 80% of people diagnosed, 20% on treatment, and a 30% reduction in deaths by 2022 – those targets are not being met. As of 2018, approximately 68% were diagnosed, with only 8.7% receiving treatment – less than one‐third of those estimated to be eligible.

“Unfortunately, deaths attributable to liver cancer have been increasing in Australia faster than deaths caused by any other cancer, with liver cancer now the sixth most common cause of cancer death,” said Mr Drew.

However, with regular testing and, where needed, effective ongoing treatment, it is possible to keep the damage done by hepatitis B at bay and safely managed.

Mr Drew said, “The difficulty is in addressing language barriers, cultural stigmas, and myths and misinformation so that people start regular testing and understand the risks of delaying medical attention.”

There is demand for Korean and Chinese language sections

“Our 2020 web-traffic statistics showed clear demand in the Korean and Chinese language sections of our primary English language site, so we expanded our existing online material to produce a dedicated in-language site.”

“With this new, special website for Korean and Chinese communities, we hope to communicate directly to people seeking advice and information for themselves or loved ones”, said Mr Drew.

hepB.org.au will enable us to provide information covering testing, transmission, prevention and vaccination, treatment, and monitoring – as well as personal stories and specialist articles – to Chinese and Korean people residing in New South Wales.

Your ticket for the: Media Release: New website reaches priority hepatitis B communities