My Secret Hepatitis B Story by Ji-Young | Hepatitis NSW

My Secret Hepatitis B Story 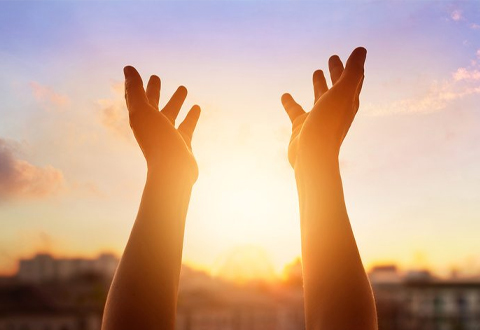 Ji-Young is a 36-year-old Sydney woman, currently taking Viread medication for hep B. She’s been on Viread for over five years now and has no issues with her viral load or liver function, and is very healthy. Ji-Young is also a mother to two children who she raised through breastfeeding.

She wrote this story in the hope that her experiences can help others.

You can also read this story in Korean, as originally written – 나의 비밀 이야기 >>> CLICK HERE

My hep B diagnosis took me by surprise

My mother was living with hep B when she was pregnant with me, meaning I acquired the virus at birth. Presumably there was no hep B vaccination for newborns at that time, or my mother was unaware of it.

The first time I heard of the term “hepatitis B” was as a high school student in Korea, when I was in the process of becoming a blood donor.

I had gone to the blood donation centre with all my friends and had my blood taken, but a few days later I received a letter with blood test results that indicated my blood was “unfit” to donate.

When I asked my mother she explained to me, for the first time, that she had acquired hep B when her mother – my grandmother – gave birth to her. So, in the same way I had gotten it from my mother.

From then on, I never tried to donate my blood again. But I also didn’t undergo any special medical assessments or treatments related to my hepatitis either. I spent many years simply forgetting and ignoring the virus.

Coming to Australia… I could no longer ignore my hep B

In 2007, I came to Australia and began the many preparations required to receive permanent residency. Those preparations had finally been completed by 2011, and with all the documents submitted I arrived at one of the final stages – the physical examination.

During the physical exam, I completed many different tests. Then, in the section of a questionnaire where I had to select medical conditions that applied to me, I again encountered the word “hepatitis B”.

Suddenly, I was half-curious and half-worried that this could apply to me, and I informed the person in charge that I thought I might still have hepatitis B. Little did I realise, it would be from this point on that I would begin my hepatitis B treatments in Australia.

I say all this lightly now, but to be honest, I had a very hard time. Following the notification of my hep B status, the immigration office placed further requirements on top of the physical examination, the processes for gaining my permanent residency kept increasing.

After the first physical exam, I was asked to submit a full blood test and an ultrasound result, and to seek a doctor’s opinion about the condition of my liver.

So, I went to St. Vincent’s Hospital to see a Gastroenterology Specialist who took my blood test and ultrasound there. At that time, I was 25, had never drank or smoked, and didn’t have any other medical conditions. My results indicated that my viral load was low and there were no issues with my liver function.

Regular monitoring of my hep B was essential

With my doctor’s opinion that, because of these good results, there was no reason to have a disadvantage in gaining permanent residency, everything was approved – I finally gained permanent residency in Australia! However, the doctor also advised me to take a blood test every six months and an ultrasound every year.

From that point on, following the doctor’s advice, I’ve been having regular blood tests and ultrasounds from a GP, and seeing a specialist at a Liver Clinic for my annual liver check.

Despite this, as time went on, my viral load began gradually increasing. In 2016 it skyrocketed, and it was then that my doctor recommended treatment for the first time – a medication called Viread. Thankfully, Medicare covered all treatment and prevention processes and the medication. I had no reason for any hesitancy as there was no cost for treatment.

After a few months of taking Viread, following another blood test, my viral load had thankfully returned to healthy levels. Even so, my doctor stressed that I must continue to take Viread and still have regular blood tests, as it was not possible to predict when, or how, my viral load could change.

My pregnancies, breastfeeding, and hep B

In 2017, as I had moved where I lived, I instead began attending a Liver Clinic in Liverpool. Through consultations with my doctor there, I learned that taking Viread has no, or very little, effect on pregnancy and childbirth.

So, while continuing to take my medication every day, I became pregnant with my first child. The doctor also urged me to ensure that my child received the hepatitis B immunoglobulin vaccine after birth to prevent them from getting the virus.

I gave birth with no problems, and my child was vaccinated with the help of a midwife. Furthermore, since I gave birth at the same hospital as my Liver Clinic, they kept a close eye on my liver health.

When my child was around nine-months old, a blood test was done to check if they had gained immunity against hepatitis B, and thankfully, they had – they did not have the virus.

Following that experience, I again continued to take the same medication throughout my second pregnancy and birth. Currently we’re in the fourth month of breastfeeding and both of us are well, with no issues.

Even now, I regularly have blood tests and receive counselling at the Liverpool Liver Clinic, and my viral load and liver health both remain in good condition.

Looking forward to my healthy future

Beyond my immediate family and my very close friends, people aren’t aware that I take medication for my hepatitis B. I don’t say anything either. It is true that the disease known as hepatitis B generally isn’t viewed in the most positive light, and since there are many people who aren’t aware of it, I don’t tend to tell people.

Luckily, since I don’t have any issues with my liver health, I haven’t experienced any discrimination or discomfort. However, the task of having to take a pill every day for the rest of my life, and the responsibility of having to pay more attention to my health than others, including avoiding alcohol and smoking, can be daunting.

But this is not much to endure to live a long, healthy life. I think a main reason I have lived my life so far without any issues with my liver has been due to the consultations I have had for over ten years.

I don’t know what kind of system is in place in Korea, but hepatitis B patients in Australia are taken very good care of. For that I believe I’m truly fortunate.

Ji-Young adds: “This has been my experience as a person living with hepatitis B. I was at a loose end during the recent COVID lockdown period, so I just used my direct experience to tell my story, and I’m so proud to receive first prize!”

Your ticket for the: My Secret Hepatitis B Story

My Secret Hepatitis B Story