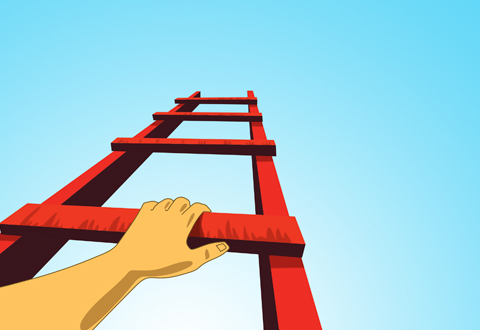 Jarra*, one of our Community Peer Workers, has written a guest blog post about her experience of living with and being cured of, hepatitis C.
(*Not her real name.)

During my late teens, everyone I knew was learning they were hep C positive. It felt inevitable to me that I would also get the virus and, at the age of 19, I was diagnosed with it too. At first I didn’t notice it affecting me, and I wasn’t too worried about long term effects either; those were at least twenty years away… a lifetime.
A few years later I watched my partner go through interferon treatment. This was intense and put me off the idea of hep C treatment for myself.

By the time new, effective treatments were available my life was a mess. I had no permanent housing, I was in an abusive relationship, and Family Services were breathing down my neck. My daughter was removed from me and I wasn’t allowed to call or see her.

I had only just been coping at that point, and this experience sent me into a tornado of anger and hate. Using whatever drugs I could get my hands on, I spiralled down fast. I didn’t want to live but I didn’t want to die either.

I felt vulnerable and trapped

After my months-long pity-party, I decided something had to change or I would end up dead. The thought of my daughter attending my funeral was my motivation to book into rehab. There, I got a full health check and realised I had been in denial about my hep C. I needed to get treatment. It was somewhere to start on my road to health.

At this point in my life, turning up to an appointment was a challenge. But I had made a commitment to myself – if I couldn’t keep an appointment, how could I look after my daughter again? This thought got me over the line, and onto the bus and to the liver clinic on time.

Everyone at the hospital was really nice, but when the nurse took my health history she asked if I was still using and, if so, what drugs. These questions made me anxious. I was being drug tested by Family Services and going through court. Those agencies were accessing my health records and monitoring any prescriptions I placed. I felt vulnerable and trapped. I didn’t want to lie in case it was relevant to the treatment, but I wasn’t going to give out info that could be used against me. So, I lied, which made me even more anxious.

The reality of dying from this disease hit me hard

The fibroscan of my liver was simple and stress-free. But then I was told I had cirrhosis. This hit me harder than the hep C diagnosis had. Suddenly, dying from this disease seemed like a possibility.

The hospital had difficulty finding veins to take my blood, and the flow of blood from the veins they could get was small. Blood samples they collected weren’t useable. More frustration and anxiety!

The doctors and nurses were kind and respectful, but it was definitely impressed on me how much this was costing, and not to lose the prescription. It would be, I was told, a headache of paperwork and red tape to replace. This made me determined to prove that I wasn’t a stereotype, that I could be trusted to complete my treatment.

As I have PTSD, I had to work hard at remembering to take my tablets. I put a system in place to help. While I had a few side-effects, it was difficult to tell if this was due to the treatment or because of everything else I was doing and taking.

Before long, I had finished my three months of treatment and felt proud of myself. I had started and finished something which, during the chaos of my life at the time, was an achievement.

However, I never went back after 12 weeks for the final test.

I didn’t understand why my hep C didn’t clear

Some months later, I returned to rehab and was told I still had the virus. I was gutted and shocked. I didn’t understand why I hadn’t cleared the hep C. I had been so careful and yet “I had blown it”. I assumed I had been reinfected by my partner. I felt embarrassed, and I was angry with him.

A year or so passed before I shared this news with a friend who had also been through hep C treatment. Her advice and encouragement got me back to the liver clinic. Since I believed I had caught it from my partner, I took him along too.

Turns out I still had my original genotype, which was different from my partner’s. Both my self-shame and my anger towards him had been misguided. They told me the reason I hadn’t cleared was unknown.
The doctor said I could be treated again but that better blood collection was needed. Instead of the anxious painful experience from before, I was put in contact with “The Best Liver Nurse on the Planet”. She used an ultrasound machine to find decent veins and, first try, was able to get eight good vials. What a massive relief!

The fibroscan revealed that my liver cirrhosis score had improved, so the first treatment hadn’t been a waste of time. And, instead of telling lies to uncomfortable questions, I asked the reason for the question. The doctor said that knowing if I was using drugs had no relevance to treatment, it was about concern for me. I thanked her for her support, but said I wasn’t comfortable talking about anything illegal I might be doing and reassured her I’d take every precaution.

The doctor put me on a different treatment drug. I experienced no side-effects this time and quickly started to feel better. I finished the course easy-peasy.

Issues around my housing, Family Services, and, especially, my daughter all remain in limbo. But despite all that, and the stress it brought, I was able to complete treatment… twice! Although I haven’t yet had a definite “you’re cured” test result, I’m booked in for blood tests in August which will hopefully be definitive and give me the good news.

Doing something productive for myself had a knock-on effect. It built self-esteem, which enabled me to have the bravery and self-love to start making changes in my life. Challenges remain in my life but, fingers crossed, hep C will no longer be one of them.

Your ticket for the: Challenges… I’ve had more than a few!