Navigating the Future – Partnerships at the 2018 NSW HARP Forum 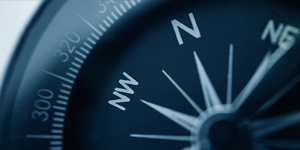 The annual HARP (HIV and Related Programs) Forum held this month was attended by people from government and community working across the viral hepatitis, HIV and STI sectors. As government and non-government organisations work towards ending HIV in NSW by 2020 and the elimination of hepatitis C by 2028, the challenges are many and complex, but the opportunities provide pathways to meet these goals.

In the opening session, the heads of sector organisations shared their thinking on the opportunities and challenges for affected communities today and in the coming years. Stuart Loveday, CEO of Hepatitis NSW, described some of the strong partnerships that exist as we strive for elimination of hepatitis C in ten years’ time, focusing on those which could benefit from further strengthening.

There have been some fantastic examples of this closer partnership approach, including Hepatitis NSW’s recent work with the Western NSW LHD and the local Primary Health Network to enable Aboriginal people in the central western NSW area undertake hep B testing. Also, our partnership with ACON and SWOP and local nurses at the recent 48th Koori Rugby League Knockout in Dubbo resulted in many people being tested for hep B, hep C, HIV and a range of sexually transmitted infections.

In the drive to eliminate hep C among people who inject drugs or might be likely to inject again, the new formal partnership between Hepatitis NSW and NUAA will see our two organisations work more closely together to ensure wider coverage, and that no duplication of services occurs.

Community based education and peer based work – to raise awareness and help mobilise people attending drug health services to access treatment and cure – are best done in close partnership with locally based clinical services where many people with hep C are accessing healthcare. When nurses from the LHD are on hand at the same time as peer workers, their working in partnership can ensure that better outcomes in the uptake and quality of treatment are achieved.

Hepatitis NSW will soon agree an action plan for Test Cure Live – a new initiative from Hepatitis Australia with funding from the Australian Government  to raise awareness of hep C cures among people who contracted hep C through sharing drug injecting equipment many years ago and may not know they have hep C. Test Cure Live also aims to reach the ten per cent of people who contracted hep C via blood-to-blood contact through means other than drug injecting.

Without a doubt, the way forward to elimination of hep C and hep B is to ensure respectful, collaborative and formal partnerships are enhanced.

It’s a KNOCKOUT for BBVs and STIs at Dubbo!

The annual NSW Koori Rugby League Knockout is the largest gathering of Aboriginal people in the calendar year, attracting 106 Rugby League Teams and over 22,000 spectators. The Knockout is seen as a modern-day Corroboree, a time for gathering, celebrating and reuniting with family and friends from all over the state. Hepatitis NSW, ACON and SWOP (part of the “414 Close the Gap” partnership) shared a stall at the game and were able to have a yarn about health with hundreds of attendees, handing out thousands of resources and condoms.

In the lead-up to the Rugby League Knockout the same 414 Close the Gap partners joined Bila Muuji Aboriginal Corporation, Western NSW LHD and Dubbo Sexual Health to run a health promotion and health education event. Aboriginal people who attended were able to engage in conversations, share a BBQ lunch, and find out more about viral hepatitis, HIV and STIs. People who were interested in testing on the day, could see one of two Aboriginal health practitioners from Dubbo Sexual Health who provided a private and confidential opportunity to undertake screening. The BBQ also attracted local businesses, such as the CEO and staff from the Dubbo Local Aboriginal Lands Council who were very supportive of the event.

Western NSW LHD also held an Aboriginal Women’s Health Forum to continue the 2018 NAIDOC theme of “Because of her, we can!” as a primary contribution to the knockout weekend. The focus for the day was to promote inspirational women from local areas by facilitating a series of presentations providing attendees with an opportunity to interact. Our Aboriginal Project Officer Kerry Walker was given the opportunity to tell her story and her role at Hepatitis NSW, including the work she has done in this sector over the past decade. Hepatitis NSW shared a stand at the event with the Western LHD Aboriginal health worker, further demonstration of a positive, effective and sustainable partnership. 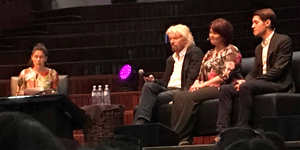 The Reform on Drugs “Fair Treatment” campaign was successfully launched to a  packed Town Hall on 12 October. Attendees heard why treating drug use as a medical concern, not as a criminal one, is an important step in changing Australia’s response to this social issue.

Hepatitis NSW supports this campaign and is a partner to it, along with other Australian state and territory hepatitis organisations. Apart from the stigma and needless suffering caused by existing policies, it is our position that the current punitive framing of injecting drug use as a “criminal issue” makes it more difficult to not only prevent the transmission of blood borne viruses, but also to locate, treat and cure people living with hep C. We strongly encourage people to sign up their support for this campaign.

THE LONG WALK: October 19 – November 2
It would take 500,000 steps to walk from Dubbo to Sydney, the distance a person in regional New South Wales might travel just to reach the drug treatment they need. The Fair Treatment campaign is using The Long Walk to highlight the need for a new path for drug reform.

Starting in Dubbo on 19 October, over 100 people have been walking from Dubbo to Sydney to deliver a policy document calling for care and treatment to be brought closer to home for people in rural NSW. People in local communities along the route of The Long Walk will be able to add their signature to the campaign and hear from those affected by current drug policies. The walkers will arrive in Sydney on 2 November and will hand the Long Walk to Treatment baton over to NSW Parliament House.

Hepatitis NSW urges everyone to add their not and support this this important cause.
More information: fairtreatment.org/walk
.

Your ticket for the: The Champion Community: Issue 66