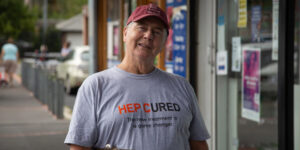 A recently published ABC News article reported on the great work of the Westmead Institute Storr Liver Centre’s health outreach program in Western Sydney. The effectiveness of direct acting antiviral treatments for hep C, along with the contribution of our peer worker Will Smith, were also spotlighted.

Will spoke to the reporter about his own experience of living with hep C and how – thanks to new, accessible treatments – he was cured. “It’s not really important where one picks up the disease from. It’s what we can do from here once the disease has been identified and how we can go about treating it,” he told the ABC.

The article noted that the lived experiences offered by peer workers is part of the success of the health outreach program run by the Storr Liver Centre at the Westmead Institute. The peers approach people attending a local opioid substitution therapy pharmacy, break the ice and then – if they are interested – pass them over to the medical staff in the nearby van. People are tested for hep C, HIV and hep B, and get a liver fibroscan.

Clinical nurse consultant Kristen McKee told the ABC that the vans were reaching pockets of the community which may have been missed by other programs. “More than 300 people have gone through the screening so far and 10 per cent have been found to have hepatitis C— all of which have gone on to be assessed for treatment.”

The program is operating in Whalan and Lethbridge Park, and is being rolled out at other pharmacies in the Western Sydney local health district.

The health outreach program and peer workers help to engage with people in the community who may have previously had negative experiences with health care. Stigma and discrimination around viral hepatitis within the community, and within the health profession, have been experienced by many people. Will noted that he hoped his approach will “help break the stigma and reach people who may not realise they are at risk of having contracted it”. 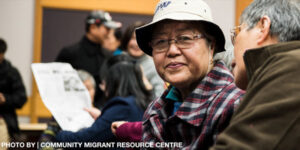 Hepatitis NSW has launched a dedicated hep B website for Chinese and Korean communities – hepB.org.au. This new site has been developed to support and inform people from these populations, in New South Wales, who are impacted by hepatitis B. The website will support efforts to eliminate hep B in Australia – current data shows targets are not being met and achievement of elimination targets for hep B is unlikely before 2040. This is ten years later than the agreed target.

Chronic hep B is the most prevalent blood‐borne virus in Australia, and is a significant contributor to liver disease, including cancer. Approximately one percent of the Australian population lives with the virus; people born overseas, and Aboriginal and Torres Strait Islander peoples, represent three-quarters of those affected.

An increase in migration of people from endemic populations has seen a rise in the number of individuals living with hep B in Australia. This is despite infant hep B vaccination programs here, and overseas, reducing overall transmission of the virus. As such, the prevalence of hep B within new and existing adult migrants will remain an issue. Targeted efforts and campaigns are required for some time yet. Within New South Wales, and in pockets of Sydney specifically, Korean and Chinese communities bear the bulk of this burden.

Even though Australia has committed to several national hep B targets – 80% of people diagnosed, 20% on treatment, and a 30% reduction in deaths by 2022 – those targets are not being met. As of 2018, approximately 68% were diagnosed, with only 8.7% receiving treatment – less than one‐third of those estimated to be eligible. Unfortunately, deaths attributable to liver cancer have been increasing in Australia faster than deaths caused by any other cancer, with liver cancer now the sixth most common cause of cancer death. However, with regular testing and, where needed, effective ongoing treatment, it is possible to keep the damage done by hep B at bay and safely managed.

The difficulty is in addressing language barriers, cultural stigmas, and myths and misinformation so that people start regular testing and understand the risks of delaying medical attention.

Our 2020 web-traffic statistics showed evident demand for hep B related information in the Korean and Chinese language sections of our primary English language site, so we expanded our existing online material to produce a dedicated in-language site. With this new, special website for Korean and Chinese communities, we hope to communicate directly to people seeking advice and information for themselves or loved ones.

This new site will enable us to provide information covering testing, transmission, prevention and vaccination, treatment, and monitoring – as well as personal stories and specialist articles – to Chinese and Korean people residing in New South Wales.

Hep C in prisons: testing and treatment crucial to elimination 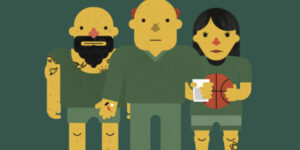 A new study released by the Kirby Institute at UNSW Sydney has shown how testing for, and treatment of hep C, in prisons is key to reducing prevalence of the virus. The study was conducted over five years and was recently published in The Lancet Gastroenterology and Hepatology.

Over 3,600 people in prison were tested for hep C and offered treatment in the case of a positive result.
Australia is a world-leader in hepatitis C elimination, however there are high rates of hep C transmission in prisons, so it is vital that strategies are in place to test and treat people in prison.

Professor Greg Dore from the Kirby Institute, a co-Chief Investigator on the research said, “Our study has shown that by improving access to testing and treatment, hep C transmissions are significantly reduced. This ultimately means lower rates of hep C in our prisons, and by extension in the wider community. As encouraging as the findings are, we believe expansion of harm reduction in the prison setting would provide even greater prevention impact.”

The study tested the effectiveness of a strategy known as ‘treatment-as-prevention’ – where, through broad testing and treatment of an infection, transmission pathways are interrupted, resulting in fewer infections. This study was the first to test this approach for those living with or at risk of hep C in prisons, and the largest to take place in any setting.

The researchers say the model was shown to be highly successful in reducing hep C transmission in prisons and can be used in prisons across Australia.
“Using this evidence base, we have developed a toolkit for how to implement hepatitis C testing and treatment at scale in prisons with the aim of dramatically reducing or eliminating hepatitis C transmission using this treatment-as-prevention strategy,” said Professor Andrew Lloyd, also from the Kirby Institute, and co-Chief Investigator on the study

A comprehensive public health approach across all sectors of the community will make elimination of hep C by 2030 achievable. Expanding access to hepatitis C testing and treatment within prison settings is key to achieving elimination both within the prison and the wider community. From both a public health and human rights perspective, it is vitally important that people in prison have access to hep C testing, treatment and cure. 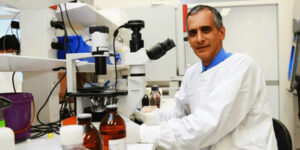 “This award is recognition for the whole team at the Storr Liver Centre and Westmead Hospital’s department of gastroenterology and hepatology in their collective efforts to reduce the burden of liver cancer on the community, as well as the personal toll for patients and carers,” Professor George said.

The team’s translational work is about improving awareness and detection of viral hepatitis, linking patients to treatment, enrolling GPs in awareness campaigns, and engaging with patients to reduce their cancer risk.

Jacob George’s work aims to understand what drives liver disease and liver cancer to develop preventative strategies or treatments that cure the disease.
Achievements of the team at Westmead Hospital and the Storr Liver Centre include:

Putting that in numbers, it means 1,325 people receiving annual check-ups, which has led to the earlier detection of 106 cancers so far. There are 487 people living with hep B who are part of the nurse-led GP program, delivering optimal and convenient treatment.

Jacob is a member of Hepatitis NSW’s highly regarded Medical Research Advisory Panel, providing essential clinical feedback and advice on the resources we produce. We congratulate him, and his team, on receiving this well-deserved award. 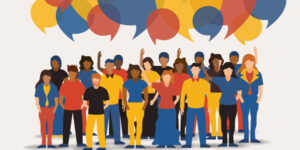 HepBcommunity.org, a global online forum dedicated to supporting those living with and affected by hep B, was launched in April. The forum allows people to anonymously seek advice about how to live with hep B, and what they can do to protect their liver and long-term health.

Forum founder, and Westmead Hospital’s hep B researcher, Dr Thomas Tu said, “While hep B remains incurable, it can be managed and treated. But people with hep B face social stigma and discrimination, discouraging them from seeking medical help that could prevent progression of their condition to serious diseases like liver cancer.”

Living with hep B himself, Tu founded HepBcommunity.org for affected people worldwide to connect with each other, form support networks, and get advice from verified medical experts and scientists. The site is peer-led, volunteer-run, and free to join, already with over 200 members globally.

Westmead Hospital’s Storr Liver Centre and the Hepatitis B Foundation have provided start-up funding and coordinate the forum with support from the World Hepatitis Alliance.  “The ultimate goal is to save lives,” said Su Wang, MD, World Hepatitis Alliance president. “This is a safe and friendly online community that gives people around the world the information and support they need to live successfully with hep B.”

Dr Tu emphasises that HepBcommunity.org complements, and is not intended to replace, doctor and specialist consultations for medical treatment for hep B.