Being cured of hepatitis C a “huge relief” 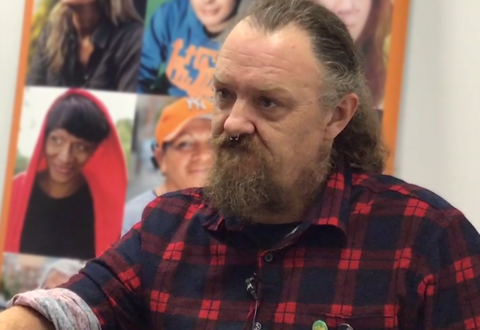 Over 24,000 people in New South Wales have started treatment for, and been cured of, hepatitis C since 2016. While this is a great achievement for our community, it is estimated that a further 57,000 across the state are yet to seek treatment and cure. That number represents way more people than it would take to fill the Sydney Cricket Ground!

Thanks to groundbreaking medications, elimination of hepatitis C is now an achievable goal, but one which requires the combined efforts of government, the health sector, and community to be fully realised.

During Hepatitis Awareness Week (22–28 July) and with World Hepatitis Day on 28 July, Hepatitis NSW is encouraging all people across the state who are living with hepatitis C, to take advantage of new easy-to-take and highly effective medications.

The medications, which have a cure rate of 95 per cent, can be prescribed by any general practitioner, and cure is usually achieved within 8 or 12 weeks, with minimal or no side-effects. These new oral pill treatments have offered a revolutionary opportunity. It is important that people see their GP to be treated; while hepatitis C initially has almost no symptoms, if left untreated it can ultimately result in significant liver disease.

Jase Bell, a Hepatitis NSW community speaker, said he was unsure how long he had been living with hepatitis C before he was diagnosed 18 months ago. “I might have had it for up to ten years, and I was shocked to be diagnosed because I had no idea at all,” Jase said. “Fortunately, I was able to be treated and cured within a few short months. It was a huge relief, a great weight lifted off my shoulders.”

With so many people cured it is encouraging that progress has been made in reaching the NSW goal of eliminating hepatitis C across the state by 2028, but now is not the time to rest. It is essential that anyone who believes they may be living with hepatitis C, strongly consider commencing treatment, and get themselves cured. It’s equally important for all GPs across NSW to also join the effort if they haven’t already done so.

“I would absolutely recommend the cures to anyone living with hep C,” said Jase. “Just do it. You have nothing to lose and everything to gain.”

Your ticket for the: Being cured of hepatitis C a “huge relief”

Being cured of hepatitis C a “huge relief”