The Champion Professional #68 | About The National Hepatitis Strategies | Hepatitis NSW 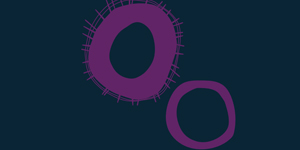 The Fifth National Hepatitis C Strategy includes guiding principles to “support a high-quality, evidence-based and equitable response to hepatitis C”. Significantly, the document acknowledges the need for “ongoing and meaningful participation of people living with hepatitis C and affected communities in all aspects of the response”.

Here is a brief summary of a number of key issues raised, along with some general observations:

And lastly, one of the priority areas states “facilitate a highly skilled multidisciplinary workforce that is respectful of and responsive to the needs of people at risk of or living with hepatitis C” which Hepatitis NSW fully supports.

Northern NSW and Kempsey hosted the last series of our professional development workshop – Get Bloody Serious – for 2018. Traveling hundreds of kilometers up and down the coast we delivered hep C workshops across three Local Health Districts, including with the Justice Health & Forensic Mental Health Network (JH&FMHN).

The Mid North Coast heads the NSW LHD Scorecard within the state’s aim to eliminate hep C by 2028 with 39% of its population living with hep C initiating treatment and curing hepatitis C. The Northern Rivers is close behind at 34%, and MNCCC is planning more training, resources and hep C treatment promotion throughout regional prisons.

The sessions were well-attended, with 76 participants all reporting an increase in knowledge and confidence to better support clients into testing and treatment for hep C. The feedback also described a sustainable hep-network, engaged workforce and thought-provoking discussions, with highest praise reserved for our positive speakers who worked hard and inspired all by smashing stereotypes with quiet truth.

Hepatitis NSW gratefully acknowledges the support of the HARP and JH&FMHN staff for promoting and supporting the program and making it such a success.

Keep an eye out for more Get Bloody Serious training dates coming in 2019.

Cycle to End the Cycle in Maroubra 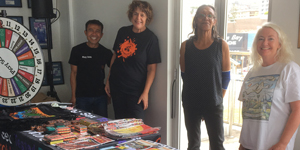 In late November, Hepatitis NSW ran a hep B and hep C focused education activity at the Maroubra Surf Life Saving Club. This was part of a larger activity, called Cycle to End the Cycle, organised by Aboriginal Health Worker Kevin Heath. It was an event aimed at ending the cycle of young Aboriginal people not speaking out about their problems, and was partnered with local sporting clubs.

Over the course of 12 hours – with 15 minute slots – a set of six riders would take turns on a row of exercise bikes, with plenty of onlookers, family and friends urging them on, and with a playlist of tunes blasting out to keep their energy up. More than 300 people were engaged in the activity.

Most people did a couple of cycle sessions, and between rides they visited our health area stalls.

Almost 150 people came and interacted with us, or browsed and took away resources. We displayed and distributed resources, ran a Chocolate Wheel – with questions about hepatitis transmission, prevention, treatment and myths and facts – and then gave people tickets to go in the hourly draw to win $50 shopping vouchers. We had many conversations about hep B and hep C with visitors to the stall, and talked with people from a wide range of ages.

Young people enjoyed visiting our stall, and had heaps of fun looking at resources, hearing information, trying out and choosing from the free merchandise, and learning, then answering quiz questions. Groups of up to six at a time engaged and interacted with many young people sharing their own knowledge and strategies with their friends.

A big thank you goes to Rusty Nannup from SWOP, who worked with Hepatitis NSW’s Maria McMahon, at the stall on the day and, to SES LHD who provided a grant to deliver the activity.

Your ticket for the: The Champion Professional: Issue 68