HomeThe Hep-VineHep C Diagnosis & Stigma: I Was My Own Worst Enemy 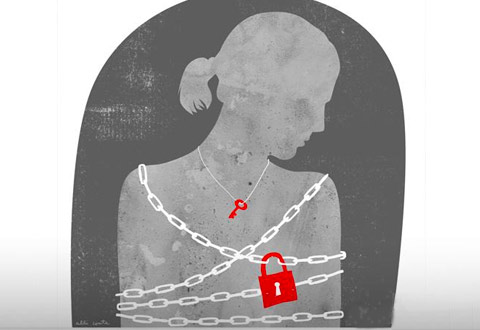 Image courtesy: HealthyPlace.com: Signs of Self-Stigma: do you Stigmatise yourself?

Peta, one of our Community Peer Workers, has written a guest blog post about her experience of living with and being cured of, hepatitis C.

It is likely that I had hep C for three or four years before I was diagnosed with it at the age of 21. I didn’t know much about the virus then, just that it was something you got from sharing needles and that there was a lot of stigma around it.

I had been drug-free for almost two years when I heard that my ex-partner had tested positive for hep C. This meant, I realised with a knot tightening in the pit of my stomach, that I was very likely positive too. However, I didn’t get tested right away.

I had grown up in a conservative family; I was a “good girl from a good family”. My earlier drug use had affected my relationships with my family and friends, and I thought I knew how my family would take the news that I had hep C. In my mind, I believed they would assume I was using drugs again. The stigma attached to the virus – not just in the wider community but also within myself – made dealing with my potential diagnosis quite intimidating and extremely hard to cope with.

Instead of facing the situation head on I started drinking. I pretended nothing was wrong. My drinking got heavier and more out of hand.

Deep down, I knew I had the virus; and I also knew I was probably making myself sicker by drinking as heavily as I was. I now had a serious mental health issue and a whole new dependency to deal with. It was making me twice as sick because of my undiagnosed hep C.

I was so terrified of facing my situation

Part of me knew I had to do something, so I started going to doctors. I was so terrified of facing my situation, and the stigma surrounding it, that every time I got tested, I pretended it wasn’t happening and avoided the results.

In total I had about six different tests from six different doctors… and each time I refused to pick up the results! This went on for maybe six months to a year, and all the while I kept drinking more and more.

Finally, I broke. Maybe it was the various doctors’ surgeries constantly ringing me to come in to get my results. Maybe I was coming to the realisation that I couldn’t live as an alcoholic anymore. I knew I was going to die slowly and painfully if I didn’t face up to the situation.

Starting treatment turned my life around

In 2001, I finally got tested and was diagnosed with hep C.

Because of public and personal stigma around the virus, not only did I delay my treatment, I put unnecessary stress on my liver, and I had estranged my family and friends even further. Plus, I had another dependency to deal with.

I started interferon treatment for hep C in 2002.

Interferon was a tough treatment to complete. The side effects were intense! I was surprised how supportive my family and friends were. They were proud of me for facing up to my situation and admired the strength it took to complete the treatment.

Now, looking back, I realise how much time I wasted and how much stress I put myself through. The virus may have affected my body, but the stigma I had attached to it created mental health issues that took years to heal and caused a dependency that I might have avoided had I sought help straightaway.

The stigma hurt me far more than the virus did. For a while, I had been my own worst enemy. But I’m now 18 years sober, I have a little boy and a happy healthy relationship with my partner and my family. To anyone who thinks they might have hep C, I’d say get tested right away. The treatments for hep C these days are amazing – effective, discreet and easy… don’t let stigma get in the way of getting cured.

Your ticket for the: Hep C Diagnosis & Stigma: I Was My Own Worst Enemy