Feeling better is the new normal after hep C treatment 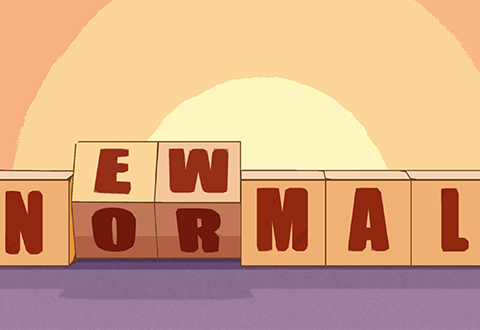 Gren, one of our Community Peer Speakers, has written a guest blog post about his experience of living with and being cured of, hepatitis C.

CW: refers to historical cases of stigma and discrimination

I was diagnosed with hep C in 1990. A routine blood test found that I had an abnormal liver function and another test found I had been exposed to hep C. Back then they couldn’t test to see if I still had live virus in my blood, so it was assumed that I had an active case of hep C. After the doctor gave me the results, he just said, “you have hepatitis C, you should see a specialist” – and that was the extent of his counselling.

The reality of being diagnosed with hep C

Following the diagnosis, I went home a bit shocked and sad, however my partner and family were nothing but supportive, which helped me enormously.

It was early days for hep C treatments, and I opted to do an experimental treatment that took six difficult months and ultimately didn’t work for me (or hardly anyone else, for that matter).

With that ordeal behind me, since I still had hep C, there was nothing much I could do about it so I carried on with my normal life and tried to live as healthily as I could. I ate my veggies, got exercise and didn’t drink much alcohol. I stayed in touch with the various doctors and got very familiar with the good people at Westmead Hospital and Hepatitis NSW, who all helped me with information and news about hep C.

In the past, I’ve described myself as a ‘promiscuous discloser’, although that’s not entirely accurate. I immediately disclosed my hep C status to all my close friends and relatives, but after that I only disclosed to people, I was getting medical support from and others I trusted, and even then, only if I thought it was appropriate.

I’ve been able to disclose to every employer

In a number of ways, it has been easier for me than others living with hep C – I know I’m not a “stigma magnet”. I’m Anglo, straight, older (now), middle class and highly educated. I’ve been able to disclose to every employer I’ve worked with since 1990, and to everyone that’s involved in my life. I haven’t had to hide who I am. I have been fortunate.

While I haven’t been a major victim of stigma or discrimination, I once sat opposite a General Practitioner who said they, “hated ‘junkies’…” and that, “they were a waste of space”. So apparently, if they’d seen me when I was 20 they might have thought I was “a waste of space” too. Needless to say, I never went back to that doctor.

It was a drag knowing that I had the virus inside me, knowing that even though the risk was low that I could unintentionally infect my wife and family. Also knowing that my liver was slowly being damaged and that I couldn’t get rid of the virus, weighed on my mind.

I’ve done treatment three times. In 1991, I took part in the aforementioned phase 3 clinical trial for six months. It was pretty bad, but I was still able to work. In 2006, I did Pegylated Interferon Combo therapy with Ribavirin. It was horrible. 48 weeks of feeling like I had the flu, and the treatment didn’t get rid of the virus either. Finally, in 2016, I tried one of the new direct acting anti-viral therapies (Viekira Pak, which has since been discontinued because there are now even more effective treatments available). For me, it was 12 weeks of very mild side-effects.

As everyone says, the new treatments are easy to do and very effective. The one I took has been discontinued, but the replacement treatments have even fewer side effects and treat all genotypes. Despite the few side-effects I did experience, I was still able to carry on my life as normal while on treatment. By the end of it I already knew I was cured.

Going to see the doctor three months after finishing treatment – to find out for sure that it worked – was one of the best days of my life. I had been trying to get rid of the virus for the last 25 years and when he told me I was cured I realised I had finally done it. I laughed and cried when the doc told me and, even though neither of us were the hugging type, we both shared a little hug. I was in such a happy daze that I started to leave without paying. The doc did remind me though, and I asked how much he wanted. He could have asked for, and got, nearly anything from me, but he only asked for my Medicare card. Wow.
Even today I sleep better, I feel better. A few years after being cured, feeling better is the new normal.

Your ticket for the: Feeling better is the new normal after hep C treatment

Feeling better is the new normal after hep C treatment