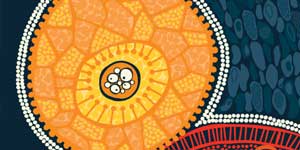 As the report itself acknowledges, “Aboriginal and Torres Strait Islander peoples continue to be  disproportionately impacted by blood borne viruses and sexually transmissible infections. While some communities have had considerable success in responding to BBV and STI, this is not a common experience across communities and much more needs to be done.” Overall, there have been a few achievements reported since the last strategy, and some key challenges still to be addressed and overcome.

Testing and care
There is limited information on the uptake of testing and treatment for hepatitis B; data is taken from the Australian NSP Survey, and are only available for hep C and HIV (testing only).

Notification data for blood borne viruses and sexually transmitted infections highlight the disproportionate rates of each STI and BBV relative to non-Indigenous Australians, recognising that some of this data lacks information to determine the true extent of infection and burden of disease.

Improving the collection and reporting of this field remains a priority area for BBV and STI surveillance.

Significant challenges remaining, to be addressed and overcome:

The limited progress demonstrated against the targets of the previous national strategy—included increase in rates of HIV and hep C; an increase in receptive needle and syringe sharing; and a lack of data to estimate diagnoses and treatment coverage for BBV in this population—indicates that a revitalised response is needed. Responses must be tailored and informed by the evidence base, including data on significant transmission routes which may differ from the non-Indigenous population. An understanding of the social determinants that lead to this greater impact is also required to ensure high-risk priority groups are effectively engaged.

Hepatitis NSW, along with our Close the Gap 414 Working Group partners from 414 Elizabeth St, held a very successful Close The Gap event on Thursday 21 March. Close The Gap is part of the Australian Government’s strategy to reduce health and education disadvantage among Aboriginal and Torres Strait Islander people. For the last 10 years, schools, businesses and community groups have shown their support by marking National Close the Gap Day. Close the Gap Day is an opportunity to send our governments a clear message that Australians value health equality as a fundamental right for all.

Nana Miss Koori helped wrap the successful and well received event with a rousing rendition of Jessica Mauboy’s We Got Love.

So what has Hepatitis NSW been doing in consideration of Close The Gap? Alongside the other organisations at 414 Elizabeth St, we have formed Close The Gap 414 partnership, to work in collaboration, and reflect and plan on the work we do for and with Aboriginal and Torres Strait Islander peoples.

Members of the Close The Gap 414 partnership comprise Aboriginal Project Workers and senior staff from:

We understand that, very often, our communities overlap, and by working together we can provide a holistic service approach. Further we can pool our limited resources, which allows for expanded service provision.

Over the past 12 months our Close The Gap 414 services have represented at the:

We continue to consult and work together at every opportunity, including for the upcoming NAIDOC week.

As a final note, Hepatitis NSW has been working with Reconciliation Australia to finalise our Reconciliation Action Plan (RAP). We are very excited to advise that this has been provisionally approved and we hope to officially launch this document during NAIDOC Week in July 2019.

How do we Close The Gap in Aboriginal and Torres Strait Islander people’s health? 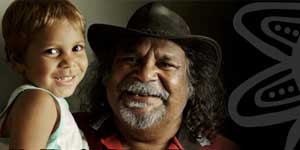 The following article is an edited excerpt of the speech given by Kerry Walker – Hepatitis NSW’s Aboriginal Project Officer – at our Close The Gap event last week.

Major contributing factors to Aboriginal Australians lower life expectancy and poorer health outcomes originate from the effects of colonisation. Between one third, and one half of the life expectancy gap, may be explained by differences in the social determinates of health. They affect the health of people and can also influence how a person interacts with health and other services.

Australian politicians have held many campaigns to motivate people to work together to close the gap. Several of these campaigns are still running, but showing signs of minimal approval among Indigenous Australians. In 2018, the ten-year progress against the key areas of the framework indicated on three of the target areas were likely to be met, with ongoing concerns in areas such as education and school attendance, and health.

Most programs have been led by non-Indigenous people, and despite evidence it hasn’t and isn’t working, very little has changed. Basically Aboriginal and Torres Strait Islander people do not have a voice and input in how things should happen.

For example, the Statement from the Heart is a proposal by Aboriginal and Torres Strait Islander people. It would be a constitutional reform that to establish a constitutionally enshrined First Nations’ representative body that would advise parliament on policy affecting Indigenous peoples. Its implementation would commit Australia to a process of truth-telling of its colonial history through the establishment of a Makarrata commission.

But despite public willingness to consider its proposals, the key proposition – for a constitutionally enshrined Indigenous voice to parliament – has yet to gain bipartisan support.

The former Prime Minister Malcolm Turnbull said the proposal was neither “desirable nor capable of winning acceptance at referendum”, and that it was “inconsistent with democratic principles because only Indigenous Australians would be able to be or elect members of the representative body”, and would “inevitably become seen as a third chamber of parliament”.

Instead, the government announced a joint parliamentary committee to consider the Uluru Statement in the context of other proposals for constitutional reform.

And as Patrick Dodson states, “The longer we leave the command of the jurisdictions over us, the greater we become disinherited”. 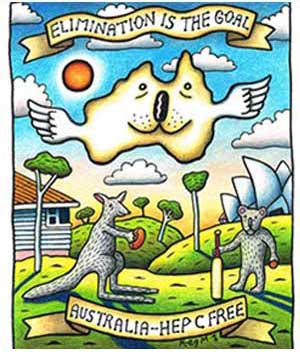 Bluesfest is Australia’s premier contemporary blues and roots music festival, showcasing music from around the world every Easter long weekend just north of Byron Bay. Hep C is already a ‘rock n roll’ brand, with a considerable impact on people associated with the music industry – for a brief who’s who list of some of them>>>CLICK HERE! It also happens that, because of the event’s demographics, a number of the thousands of people attending Bluesfest may be living with hep C.

Luckily, Hepatitis NSW was selected to have a charity stall at the festival providing testing for hep C and information on new Direct Acting Antiviral hep C cures.

Clinical and non-clinical staff of public liver clinics from Lismore, Port Macquarie, Coffs Harbour, and ACON Northern Rivers – plus Hepatitis NSW – will volunteer their time and expertise at a stall within the festival. Anyone at Bluesfest is welcome to visit us from Thursday 17 to Monday 22 April.

The stall will offer Dried Blood Spot (DBS) hep C testing for NSW residents. DBS is a self-collection method (not a self-test) where people collect samples and receive results later confidentiality, by SMS, email or phone call, and the person is linked to a service of their choice for follow-up. We will also offer free information resources, factsheets, booklets, and talks with trained hepatitis community and health workers.

T-shirts will be on sale with a specially-designed “Hep C Elimination in Australia” graphic by Reg Mombassa from Mental as Anything (see pic, right)!

Hopefully musicians and MCs will make announcements about the importance of people who might be living with hep C to go for testing and seek treatment. So if you’re going to Bluesfest, or know someone who is going, we’d love to see you at our stall! 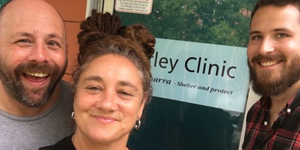 Hepatitis NSW spent a couple of days out in the beautiful Central West NSW area this month. Members of our Live Hep C Free program partnered with colleagues from NUAA (NSW Users and AIDS Association) to deliver education workshops, and to also encourage and assist people into hep C testing and treatment at priority settings in Orange and Bathurst.

We visited opioid treatment services, alcohol and other drug services, faith-based organisations, and a residential rehab.

We met some truly incredible and inspiring people across the region. We can’t wait to head back out in May to continue our support for the great work being done around hep C across the state.

Your ticket for the: The Champion Professional: Issue 71