Clearing the Path leads to Campaign2020

With our mini-campaign Clearing the Path in its final month, we’re excited to announce Campaign2020, which is this year’s major Hepatitis C Awareness Campaign. Co-developed between Hepatitis NSW and NUAA, this new campaign will run over April, May and June, with a refresher during Hepatitis Awareness Week starting July 27.

Campaign2020 is modeled after the Clearing the Path campaign, which has been in full swing since February. Clearing the Path gave us the opportunity to test and fine-tune new communication and peer engagement strategies. The new campaign’s activities will be driven by staff of agencies and community peers, and be held at major sites (for example, primary NSPs and select Alcohol & Other Drugs (AOD) services). Other activities, involving posters and automatic dispensing machine stickers that repeat and reinforce the campaign brand/messaging, will run at secondary NSPs, pharmacy NSPs, and Opioid Substitution Treatment (OST) prescribing doctors and practices.

Campaign2020 is designed for communities of people who inject drugs. It will aim to address barriers to treatment, increase understanding and engagement around hep C testing and treatment, and improve cure rates.

Peer workers from Hepatitis NSW and NUAA will be present at many of the major sites across New South Wales. Based on the Clearing the Path peer promotion model, this approach will see peers onsite, wearing campaign tee-shirts, chatting with clients, and promoting campaign messages.

We will have more information in the April edition of The Champion. If you have any questions, please contact Vanessa – vpollett@hep.org.au 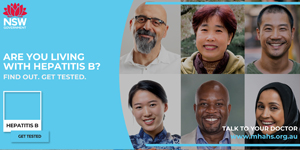 The Multicultural HIV and Hepatitis Service (MHAHS) has launched a new, state-wide hepatitis B campaign.

Developed in partnership with the NSW Ministry of Health, the Are you living with hepatitis B? Find out. Get tested campaign promotes hepatitis B testing among Arabic-speaking, Chinese-speaking, Korean, sub-Saharan, and Vietnamese communities, focusing on the five metropolitan local health districts with the highest prevalence of hep B.

The campaign will run throughout 2020 and include four intensive multi-channel activities. These will involve distributing printed and digital campaign material, ethnic and social media promotions – including multilingual website channels. While these activities are planned for February, May, July and October, community engagement activities will be ongoing throughout the year.

A multilingual resource toolkit, which includes the campaign resources and guidelines for use is available on the campaign webpage >>> CLICK HERE. 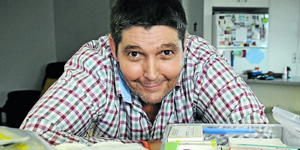 It is with great sadness that we say farewell to, and thank, dear Gribbo – Steve Gribbin – of Tamworth, NSW.

Steve’s ongoing, passionate and selfless work on behalf of others helped save so many lives and has improved the lives of many thousands more people.

Steve battled terribly with hep C-related liver disease – trying and not succeeding with interferon-based treatments three times first in the 1990s and then in the 2000s. Steve was then cured of his hep C in 2015 with the new Direct Acting Antiviral pharmaceutical treatments through a clinical trial prior to their wider availability.

But Steve’s liver was already so badly damaged that he needed a liver transplant following his cure from hep C. On 24 January 2016, Steve finally received his new, donated liver, thanks to the donor’s family and the expert care of the liver transplant team at the Royal Prince Alfred Hospital in Camperdown, Sydney.

Given a great new lease on life, Steve was doing really well. But in 2019 he was then diagnosed with a rare and aggressive form of blood cancer. Completely unrelated to the hep C he used to have, and that is what ended Steve’s life on 29 February 2020.

Steve’s strong and passionate political and community advocacy on behalf of all people with hep C – as a community C-me advocate for Hepatitis NSW – helped secure the funding for and listing of the hep C DAA treatments on Australia’s Pharmaceutical Benefits Scheme, four years ago on 1 March 2016.

Hepatitis NSW pays great tribute to the life and work of a close friend and colleague. We send our heartfelt condolences to Steve’s dear partner and wife, Faye and to his family, friends and colleagues.

Blacktown gets hep B educated! 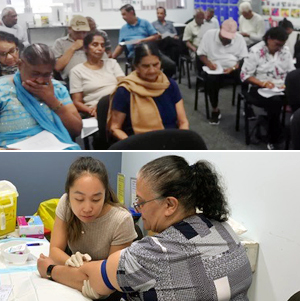 The Seniors’ groups were from Iranian, Fijian and Sri Lankan backgrounds. Although hepatitis B has an intermediate prevalence in these countries, it is still very worthwhile distributing information on hepatitis B transmission, management and stigma to those communities in New South Wales.

Some Asian countries hold common myths about hepatitis B (for example, transmission via saliva), and audiences were happy to have these myths busted and corrected.

After each session, clinical staff from Westmead Hospital provided free blood screening for interested participants. The nurses will come back in two weeks’ time to give test results and personal one-on-one explanations. 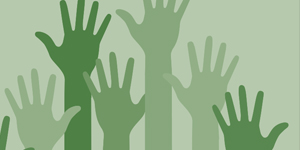 While there, we trained two peer workers to add to our ever expanding Live Hep C Free team. It was also an opportunity to connect with our clinical partners, run an education workshop, and get a feel for the partner organisations in the area.

Being able to offer a genuinely state-wide service with peer workers in almost all local health districts in New South Wales is important to Hepatitis NSW and we’re really looking forward to seeing the impact our two latest recruits have in the north of the state. They’ve already gotten underway doing peer promotion for the Clearing the Path hep C campaign in February, so it’s onwards and upwards in Northern NSW!