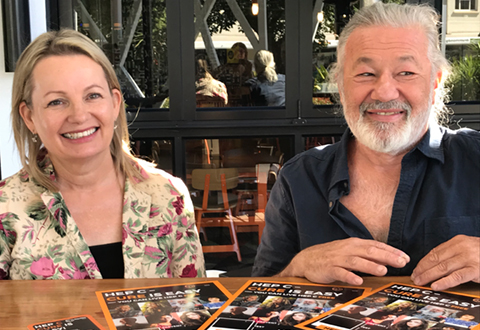 Over November 2019, Hepatitis NSW has been running an advertising campaign in Albury NSW, with some social media cross-over into Wodonga Victoria. This campaign is designed for people living with hep C – largely those over 50 years old who no longer inject, or who never injected – to help raise awareness and mobilise them into hep C treatment and cure.

What does our Hep C Elimination Campaign involve?

The campaign is made up of beer-mats in local pubs and clubs; adverts in shopping centres; adverts and take-away cards in public bathrooms; local social media posts; posters and awareness raising activities in public health services including Aboriginal Health Services, NSPs, drug health services, GP clinics, community health clinics and the like.

Why Albury, why now?

We chose Albury because a couple of years ago Hepatitis Australia (our national peak organisation) carried out a similar campaign. We want to build on that; and, because Albury is in the federal seat of Farrer, which is held by The Hon. Sussan Ley.

Direct-acting antivirals (DAAs) were listed on the Pharmaceutical Benefits Scheme (PBS) on 1 March 2016, changing the hepatitis C treatment landscape forever. The Commonwealth fully funded these groundbreaking new treatments, with equal treatment access for all people. There were no restrictions at all, and we have Sussan Ley, who was at that time the Health Minister, to thank.

Since then, around 70,000 people of the then estimated 230,000 people who were living with chronic hep C across Australia have accessed the new treatments. Tens of thousands of lives have been saved and livelihoods improved to the greater benefit of our communities. 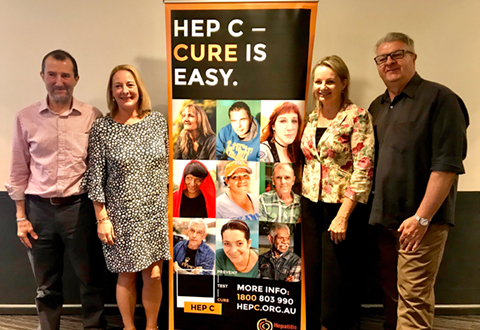 Hepatitis NSW invited Sussan Ley to present at a forum on 18 November 2019 at the Atura Hotel in Albury. The main purpose of this forum was to generate some free media awareness to add to the paid part of the advertising campaign. We also wanted to thank Sussan Ley publicly for her significant role in enabling the elimination of hepatitis C in Australia by the year 2030.

A number of local media outlets were in attendance, and an article about Steve Frost was written and published by the Border Mail. >>>CLICK HERE

We are running this Albury campaign with full support from colleagues in the Murrumbidgee Local Health District (LHD) and in Albury Wodonga Health.

Your ticket for the: Albury Hep C Elimination campaign