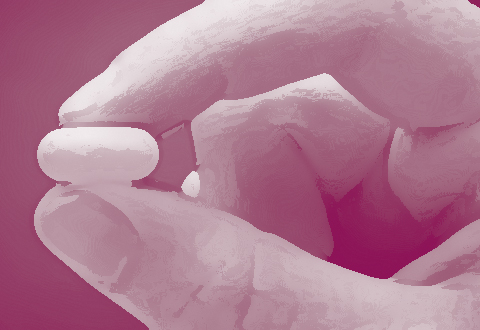 James, one of our Community Peer Workers, has written a guest blog post about his experience of living with and being cured of, hepatitis C.

My early life, around Brisbane during the 1970s and 1980s, was difficult. Due to a family breakdown, I began living on and off the streets. Recreational drug and alcohol use became an everyday thing. During the early 1990s, I got an authority for morphine and benzodiazepines to help with the pain and anxiety from spinal injuries. In 2000, my then partner and I had a baby daughter, and we moved to Lismore to gain access to health services and education for ourselves, and to build a better life.

In Lismore, I decided I wanted to try and get off morphine. So, my authority was cancelled, and I was put on methadone maintenance program which I remained on for nearly 15 years. This was a time in my life when I discovered new rock bottoms, and a level of usage that transcended anything that had gone before.

I had resigned myself to live with, and perhaps die from, hepatitis C

A friend who was hep C positive was staying with me and we accidentally mixed up our injecting equipment. At first, I was not interested in getting tested for hep C. I knew the treatment that was available in those days was not suitable for me. Interferon could exasperate depressive conditions, and I didn’t need that in my life.

I had resigned myself to live with, and perhaps die from, hepatitis C; waiting for a better cure that was not even guaranteed. A few years later I was at the local Needle and Syringe Program, and I agreed to be tested for hep C. It came as no surprise to me to be told I was hep C positive.

Very early on I found who I had to disclose to, and who I didn’t have to. Discrimination came from the unlikely source of my family being frightened of dishes and toothbrushes, and so on. Such issues were easily sorted by educating them, and myself, to understand exactly what the risks were.

Just being sick for a long time brings judgment calls from people that don’t understand. Fatigue is seen as laziness, and a slight of character. This is the kind of discrimination I faced, mainly because I am so private. I believe that, with education, there’s no need to have any discrimination around this issue.

I saw my health deteriorate in many ways

Over the next few years I saw my health deteriorate in many ways. However, I wasn’t sure if that was due to the drugs, mental health issues, lifestyle, or all of the above. I believed hep C wasn’t having much effect on most folks living with it, and I was going to wait until new treatments the doctors had started talking about became available.

I had even started to become a stranger to myself

The impact of all of this on my life was quite far-reaching, especially in relationships. I had even started to become a stranger to myself. Some impacts were not at all obvious until after I was eventually cured. Broadly speaking, the symptoms I experienced while living with hep C included:

Although I had put most of these down to drug use, and to getting old, after I was cured, I found this was not the case.

My first attempt at hep C treatment was unsuccessful

Around 2016, I got off methadone. I went to a healing centre for 12 weeks to get clean and then walked straight into hep C treatment.

My experience of getting access to treatment through the rehab was made easier by the support of case workers and doctors. As long as I kept my appointments and looked after myself the staff at the liver clinic kept the ball rolling for me. I was able to drop in most days if I needed to talk about treatment.

My first treatment was Harvoni. I was suitable for treatment but unfortunately it was unsuccessful. Apparently, I was a rare exception – the new treatments were usually very successful and almost side-effect free, but not for me. No side-effects, but no cure either.

As disappointing as it was for the first treatment to be unsuccessful, the liver clinic stayed in contact with me. They ensured I was able to get a second treatment as soon as possible.

Luckily, within a year a “salvage” treatment – Vosevi – became available. I was one of the first half dozen to receive it, and this time it was a success. I was cured!

But now I feel better than I have felt in years.

The SVR test results – 12 weeks after finishing treatment – was, I think, the most important news I’ve ever been given. Without the SVR test there was no way of knowing if I was cured or not, so I anxiously waited for the results to then be told it was successful and the virus was gone.

Now I have something to give back

I’m grateful for my opportunity to come through this and to be able to put my hand up and say I’m there for anyone who is going through the same thing. The most beautiful thing about being gifted such an experience is that I now have something to give back. 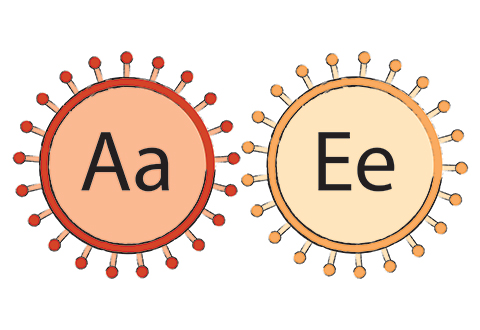 What is Hepatitis A?

Hepatitis A is spread through contaminated food or water, or through direct contact with a person who has the virus. Hence, prevention is through access to safe clean water, food safety, and improved sanitation and hygiene. Hand washing is important. Higher rates of hepatitis A are seen in low- and middle-income countries. Other groups at risk of infection are men who have sex with men and people who inject drugs.

After having had hepatitis A, most people will recover and then have a lifelong immunity to the virus. Vaccination is available for those at risk of infection, including travelers to areas where infection is more common.

Most cases cause mild illness, but at times can lead to severe illness and death. Outbreaks can occur due to contaminated food or water. There were over 7,000 deaths around the world from hepatitis A in 2016. This represents less than one percent of deaths from hepatitis. People with underlying liver conditions can suffer with severe illness and, because of this, should be vaccinated.

What are the symptoms of Hepatitis A?

Symptoms from acute viral hepatitis are similar, irrespective of which virus is causing it. “Hepatitis” refers to inflammation of the liver which can cause nausea, fever, poor appetite, dark urine, jaundice (that is, yellow skin and body fluids), and abdominal discomfort. Diarrhoea is also seen with hepatitis A. Blood tests will confirm whether you have been infected recently or have been exposed in the past. Recovery time can be variable. There is no specific treatment apart from supportive care.

All Koreans should consider whether they are candidates for hepatitis A vaccination. Talk to your doctor.

What is Hepatitis E?

Hepatitis E has some resemblance to hepatitis A in that it is spread through similar means, particularly contaminated water. However, it has a different global pattern and is less common in Korea. It is very uncommon in Australia, with most cases being people arriving back from overseas – including from low- and middle-income countries in East and South Asia. Outbreaks are reported in refugee camps and after emergency situations (such as floods or earthquakes) where access to clean water is difficult.

In Australia, sporadic cases without any obvious source can happen, but this is usually associated with eating undercooked meat from infected animals. Globally, there are more than 20 million cases of hepatitis E each year, with about 15% having symptoms.

What are the symptoms of hepatitis E?

Symptoms are very similar to that of hepatitis A and the diagnosis is made based on history of travel as well as special blood tests. Hepatitis E can lead to severe illness, including liver failure. Death rates are highest in pregnant women. There is no specific cure for hepatitis E, treatment consists of supportive care with fluids and managing symptoms. Where needed, some patients may need to be hospitalised. Prevention remains key with good food hygiene and clean water. A vaccine has been developed for hepatitis E but is not widely available or used worldwide.

Although these two viral infections have less overall impact compared with hepatitis B, hepatitis C and hepatitis D – which lead to chronic infection and death in nearly 300 million people globally – hepatitis A and hepatitis E still remain important to prevent and to identify.

Your ticket for the: It was a case of second time lucky for my hep C cure