The path to hep C cure was difficult, but I made it

HomeThe Hep-VineThe path to hep C cure was difficult, but I made it 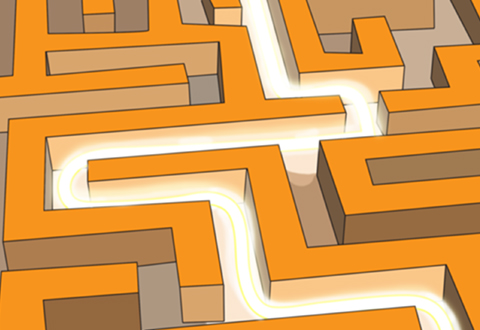 Paul, one of our Community Peer Workers, has written a guest blog post about his experience of living with and being cured of, hepatitis C.

My experience with hep C started in the years when everything was still done the “old way”. Ultimately, I survived hep C because of the new direct-acting antivirals, but it was a long time coming and I had become very sick before I got the chance to be cured.

In the late 1980s, although I was still using at the time, I was dining with a group of recovering injecting drug users. Someone told me that I would “eventually die from hep C”. I hadn’t even been diagnosed at that stage, so this was news to me!

Then, going to rehab in 1994, I was indeed diagnosed with hep C. I had probably contracted it in the late 1970s, when the virus was all but unheard of.

I had no idea just how profound an effect hep C would have on my life. Initially, for many years, I lived normally. But the liver is a fundamental organ – it performs hundreds of functions; it determines our energy and our spirit – and hepatitis C attacks the liver. Over the following decades, I ticked every box of things that could go wrong with my liver.

My energy started to fade. I had ascites. Due to hepatic hypertension and massive blood loss, I went into a coma. And the tests! I will always remember the day I had my liver biopsy.

Hep C lead me to a dark and lonely place

My cognitive ability was leaving me, and I was no longer able to work. All of this put a huge tension on my relationship, which eventually ended. I hadn’t wanted my partner to watch me die.

As my liver became sicker, I was placed on the list for a transplant. Even so, I began to have suicidal ideation, believing that I was going to die anyway. That was a terribly dark and lonely place to be in. I was fearful that if I told my medical team about these thoughts, they would take me off the transplant list.

One of the evaluations in the lead up to my transplant was for mental health, and I was told I should have a “positive attitude”. Thankfully, I decided to talk about what was going on for me. I was referred to a hospital psychologist who specialised in the experiences of folk waiting for a transplant.

As it turned out, my dire thoughts were not unique!

At one stage, the medical team offered me interferon treatment. Had I still been using drugs I doubt that I would have been given treatment, and I knew folk who had been refused for that reason.

Unfortunately, during interferon treatment, my blood platelets plummeted to a critical low level and I was taken off it. Although this was discouraging, the new anti-viral cocktails were on the horizon and my team recommended me for the trial. The word on them was much more positive than interferon – a high success rate with few side effects, how good is that? Incredibly, the drug company refused, saying that I was too big of a risk. That was a huge blow.

Eventually, the new treatments became available in Australia through the PBS on March 1, 2016. I was put on the treatment and – so much for being “a risk” – I was cured of the virus a month before my scheduled transplant. A huge blessing.

Despite being cured of hep C, by this time my liver had gone to stage 4 cirrhosis and I was growing small cancers. While I was now at the top of the list for transplant, the journey to transplant required me to be healthy enough to survive what is dramatic surgery. Being cured of hep C helped me with this.

Although it was a massive challenge, I made it through my liver transplant, and I turned my life and health around. My energy was better after clearing hep C. It might have been an awful experience but, three years later, I am now well.

Throughout all of this, I have been totally open about my condition, prepared to take on any stigma and believing that others might benefit from my openness.

To anyone who may have shared needles, or maybe had a blood transfusion before the virus was identified, I say – go get tested. If you need to be treated and cured it’s an easy process these days, no painful biopsy involved!

Your ticket for the: The path to hep C cure was difficult, but I made it

The path to hep C cure was difficult, but I made it