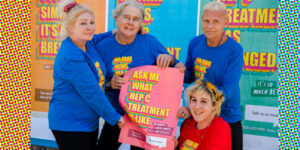 March 1st marked the five-year anniversary of the Pharmaceutical Benefits Scheme listing of new, affordable, highly effective treatments for hep C. On that day, direct-acting antivirals that cure hep C were made broadly available to all eligible Australians.

Thanks to those groundbreaking medications, elimination of hep C has become an achievable goal, in line with Australian and NSW Government commitments. We are within reach of achieving elimination of hep C by 2030. However, elimination will require the ongoing combined efforts of government, the health sector, and community to be fully realised.

So far, an estimated 30,200 people in New South Wales have started treatment for, and been cured of, hep C since 2016. This represents a saving to the NSW Health Care System of over $93.6m. Of treatment initiations since March 2016, 1,514 were accessed by Aboriginal and Torres Strait Islander people under the Closing the Gap scheme. Many more Indigenous Australians have accessed treated through medical specialists, GPs, and health service providers outside of the Closing the Gap scheme.

While these many successes are a great achievement for our community, there are still tens of thousands across the state that are yet to seek treatment and cure, and treatment uptake is now declining. It is essential to reinvigorate promotion of these ground-breaking cures to a broad audience, and to ensure that all people in New South Wales can live their best life, free from hepatitis C.

HEP CURED campaign to take off in March!

Hepatitis NSW is excited to announce the March 22 launch of a new campaign aimed at increasing hep C testing and treatment among people who inject drugs.

The campaign – HEP CURED – was informed by research conducted with people from the PWID community. Hepatitis NSW, NUAA and Ministry of Health staff developed the campaign, based on research by Ipsos Australia, with creative development by Enigma Media.

HEP CURED will be rolled out across New South Wales, at 90 sites accessed by people who inject drugs. Additional local advertising will reinforce the messages and encourage action on hep C testing and treatment. It will run continuously with additional burst of activity around World Hepatitis Day on 28 July.

The campaign is about inducing a “lightbulb moment” for people who inject drugs – encouraging positive action, and affirmative confirmation of the direct acting antiviral treatments for those with hep C, at risk of getting hep C, or unsure about hep C treatment.

The messaging says, simply, that hep C can be cured; urging people to forget myths and misconceptions, and assuring them they can get results and a positive change. Campaign imagery was designed to convey a feeling of connection, and of a journey with loved ones or significant others. Together, the three posters help form a starting point for health service staff and peer worker interaction with service users, serving as conversation starters for engagement on hep C testing and treatment.

Peer workers will be based at various sites across the state. This builds on experience from previous campaigns. The peer workers – from Hepatitis NSW or NUAA – will engage with service users about hep C treatment and create a bridge into services for testing and treatment.
The campaign will appear inside and around the nominated Local Health District (LHD) sites and includes: NSPs, washrooms in local pubs, clubs, or shopping centres, laneway walls, regional billboards, railway stations, bus shelters, shopping mall signage, and much more. Printed items such as posters, along with campaign collateral – such as T-shirts, advertising materials and merchandise for use by staff and peer workers – will be delivered to selected LHD sites.

We’re very excited to be rolling out HEP CURED with our partners! 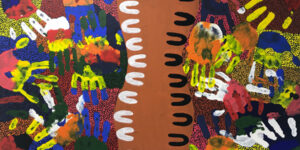 Hepatitis NSW, along with our Close the Gap 414 Working Group partners, held a hybrid live and online Close The Gap event on Thursday 18 March. Close the Gap Day is an opportunity to send our governments a clear message that Australians value health equality as a fundamental right for all.

Close the Gap is an Indigenous Health Campaign where Australia’s peak Indigenous and non-Indigenous health bodies, NGOs and human rights organisations work together to achieve equality in health and life expectancy for Aboriginal and Torres Strait Islander peoples. A new National Agreement on Closing the Gap has recently been negotiated directly with Aboriginal and Torres Strait Islander representatives at the national, state and territory, and local levels.

“We are the traditional custodians of the lands and waters, that everyone in Australia benefits from today, we have looked after these lands and waters since time stood still. Aboriginal people are a strong and resilient people; how otherwise could we continue to be the oldest ongoing living culture in the world.

“We have faced many obstacles and hardships along the way and continue to do so. We have survived the frontier wars and massacres, mission life, slavery, cultural genocide, stolen generations, wage theft, and false narratives. However, and rightly so, many of us are hurting and bear the scars of our survival since 1770. This is evident in the over-representations in poorer health conditions, incarceration, life expectancy, infant death mortality, unemployment, homelessness, lower incomes, child removals, discrimination, and education outcomes to name a few. Our social and emotional well-being has been and continues to be hugely impacted.

“Our ways of doing business are ancient, different, and unique. Our need to connect and yarn, in a culturally safe space, to agree and reach decisions upon issues that impact on us are one of our ways of doing business. Aboriginal people are the experts in understanding the issues we face and are best equipped at working on the solutions, yet we are rarely offered a voice at the tables of power.”

Members of Close The Gap 414 support each other as Aboriginal and Torres Strait Islander workers, yarn, and share ideas and successes. They work collaboratively on many Aboriginal projects and events such as Closing The Gap, Yabun, NAIDOC and Knockout, having become a one stop shop at Aboriginal events. By pooling resources, they stretch dollars further and provide a more comprehensive service delivery, and most importantly it is Aboriginal self-determined. 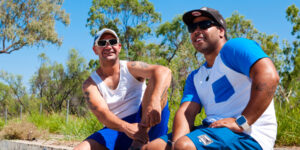 Hep Connect, our community treatment support program, has collaborated with Perx Health to deliver a new hep C treatment, self-management, and support app. The Perx smartphone app has been clinically proven to empower people to manage their health.

The Hep Connect program supports people living with hep C from testing, through treatment, all the way to cure.   People in the program can schedule reminders to take their medication, attend appointments, pick-up prescriptions, and schedule when their final sustained virologic response (SVR) blood test is due.

Clinicians can also download the app on behalf of their client if that is helpful, including reaching out to Hepatitis NSW if they need a hand.

Perx integrates several motivators into the client’s daily schedule including education, gamification, and coaching. The range of incentives help keep clients motivated in a fun and engaging way.

Features of the Perx Health app:

Other features include daily fun facts – a ‘pop-up’ sentence that reinforces key hep C messaging such as: “There are so many benefits to getting cured of hep C”…”Some people say they have more energy and focus and didn’t realise how much hep C was affecting them until they were cured”.

People with comorbidities and more complex treatment regimens can set reminders to manage all their medication and appointments.

The Perx app can be downloaded onto any smart phone from either Google Play for Android or the App Store for iOS.

Together we are giving all patients in NSW managing treatment for Hepatitis C free access to the Perx Health app. Referring a patient is easy and takes less than a minute!

How can I help my patients to use it?

For further information and to learn more about the Perx program visit:

To refer a patient to Perx:

We encourage you to give it a try! 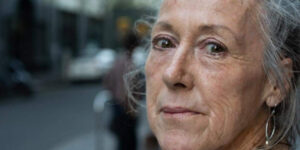 Hepatitis NSW was very sad to learn of the passing of community advocate and leader Jude Byrne, who passed away on March 5, after a short illness. Jude was a globally recognised, powerful advocate who fought to advance the health and human rights of people who use drugs with her formidable intelligence, honesty, and dignity.

Jude has been remembered as an extraordinary woman, mother, grandmother, friend and drug user activist who touched the lives of countless people around the world. She was a fearless advocate for people who use drugs over a career spanning four decades.

As a founding member of the Australian Injecting and Illicit Drug Users League (AIVL), Jude worked for many years on the development of programs and services for people who use drugs and was a powerful presence in arenas for drug law reform. Additionally, she served on boards of local, national, and global drug user organisations, and participated in ministerial and federal advisory boards. Jude provided inputs and leadership in the development and implementation of policies and strategies that affected drug users, including the Australian HIV and Hepatitis C strategies. Her outstanding work in harm reduction was recognised with the International Rolleston Award in 2011.

Jude’s generous mentoring of other activists helped build the networks of people who continue to fight for the rights and needs of people who use drugs. Jude always spoke up, took the risk of being direct and confronted stigma and discrimination head on.